South-west Sardinia, a region rich in art and history

From the mountains of Sulcis to the sea of Nora, admiring the fascination of an age-old land. 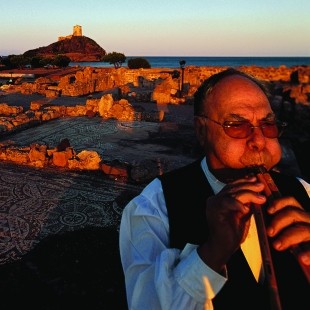 South-west Sardinia is rich in history, art and monuments. This region has been home to all the peoples who have occupied the island over the course of its history, and each of them has left its own traces. Is Molas Hotel is an ideal location from which to explore the treasures of art and culture created by thousands of years of Sardinian civilization.

The mountains of Sulcis have an age-old story to tell: The necropolis of Montessu, at Villaperuccio, dates from prehistoric times and contains more than thirty tombs of people who died in the 4th millennium BC. In the popular imagination these little niches carved out of the bed of rock as a place of rest for the dead have come to be known as domus de janas, or “houses of the fairies”. One of the megalithic buildings called nuraghes stood guard over the complex.

During the Middle Ages, at the time of the kingdoms known as the Giudicati, Sardinia went through a period of great wealth. Art experienced a splendid flowering all over the island, and one of the most interesting vestiges of the age is the cathedral of Santa Maria at Tratalias. A perfectly preserved church that preserves intact the atmosphere and elegance of the Sardinian Romanesque.

Many other monuments are located in the coastal zone:

Just outside Pula, five minutes from the hotel and from Is Molas Resort, you can visit the city of Nora, founded by the Phoenicians and made splendid by Carthaginian and Roman works of art. The mosaics of Nora are among the finest in Sardinia; the baths, the theatre and the sumptuous “domus” facing directly onto the sea tell an ancient story of wealth and refinement and are used to stage cultural events of the highest level.

On the beach at Nora stands the church dedicated to St Ephysius, a warrior martyr venerated all over Sardinia. An extraordinary work of art in its simplicity, it is a testimony to the architectural transition from the Byzantine period to the Middle Ages.

Is Molas Hotel is just the right place to set off to explore Cagliari or on a day trip to Sant’Antioco and Carloforte, localities rich in history situated at the south-western tip of Sardinia.